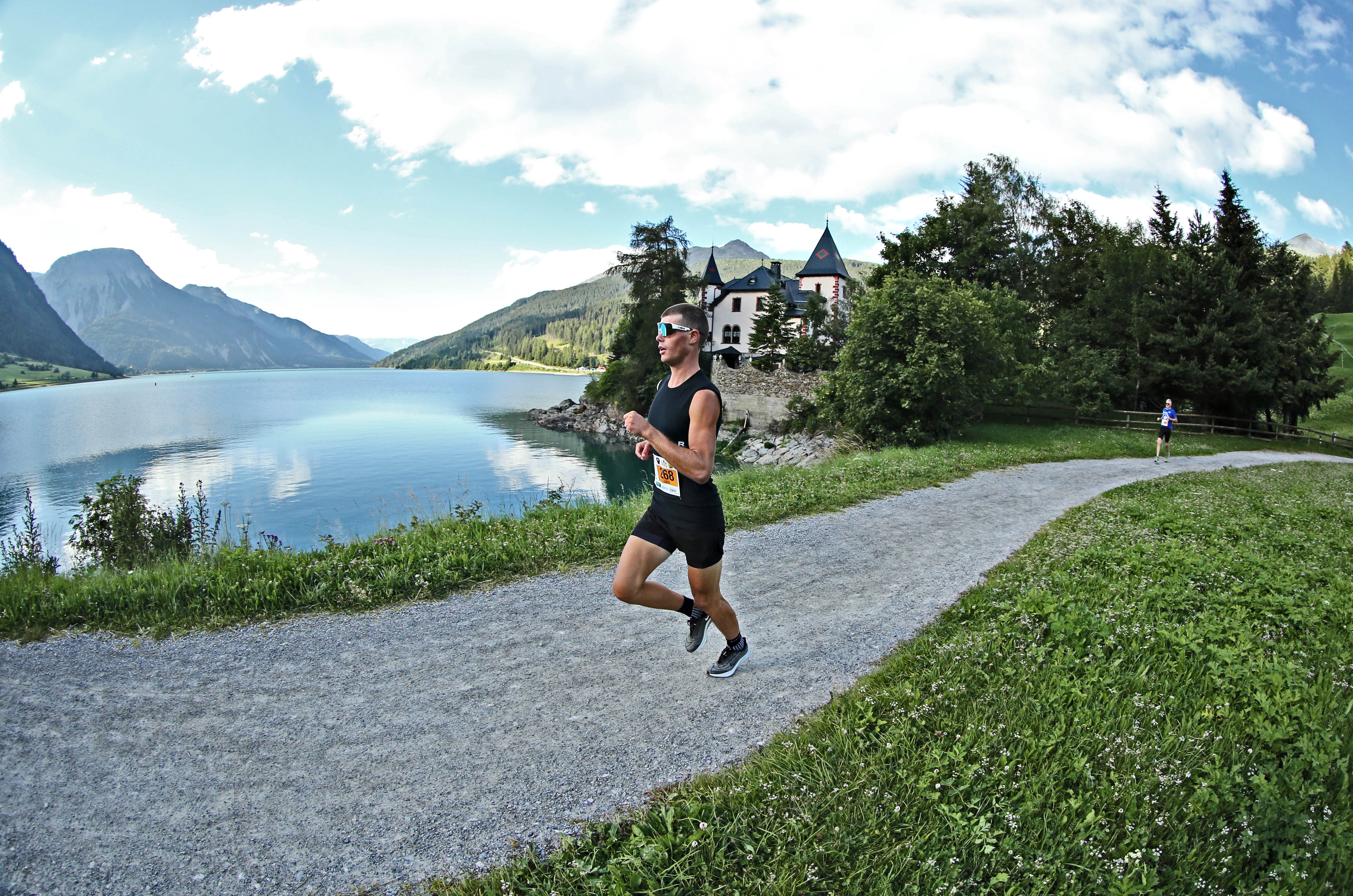 The traditional Reschensee run is not only the largest running event in South Tyrol, but also one of the largest sports events in the Alpine region. This year the run could not be held in its usual form. However, the organizers organized a special edition on Saturday, July 18th, making the Reschensee Run the first major event after the lockdown.

Start and finish this year was not the historic tower of Graun, but at the valley station of the ski area of Schöneben. The runners were sent out on the course at 20-second intervals from 7 a.m. in the morning to 7 p.m. in the evening. The race therefore became a kind of single race – probably a new record was set here as well: A 12-hour start. When registering, each runner had to give his or her approximate starting time, so a controlled race could be held. The distance of 15.3 kilometers remained the same.

Even though the event took place without a big side event and without any attractions, the desire to run was great among many runners, especially after such a difficult time for us.

For the organizer, it was not the number of participants that counted, but they were rather grateful that the situation allowed them to host them an event during the current situation. The focus of the special edition was on the sporting offer for everyone, helping the local economy to rise again and enable and encourage a restart. A run in the middle of nature around the largest lake in South Tyrol was the big focus of the event.

The organizers of the Reschensee Run took the first step in the right direction and organized a major event in these times in the holiday region Resia Pass.

This means good signs for LA VENOSTA in December

We keep working for it!

Previous Only 7 days left until the next price step!
Next NEW DATE for La Venosta

Registrations for the 3rd edition of La Venosta are open!

What you should not miss during your stay in our region!

We use cookies to ensure that we give you the best experience on our website. If you continue to use this site we will assume that you are happy with it.OkPrivacy policy